Ophelia Records, the record label from Seven Lions, is gearing up to release an official mega collab with seven total artists in the mix!

“PANTHEON” will feature Blastoyz, Dimibo, Jason Ross, Kill the Noise, Seven Lions, Trivecta and Wooli. Though the mega collab has yet to be heard, it has potential to bring together the worlds of psytrance, melodic dubstep and beyond like never before.

The producers and label have been dropping hints of their mega collab for days, first unleashing an image that revealed each artists’ distinct logo (see here). Now, the single artwork has surfaced, confirming what fans were already able to put together.

See below and pre-save “PANTHEON” before it drops this Friday! 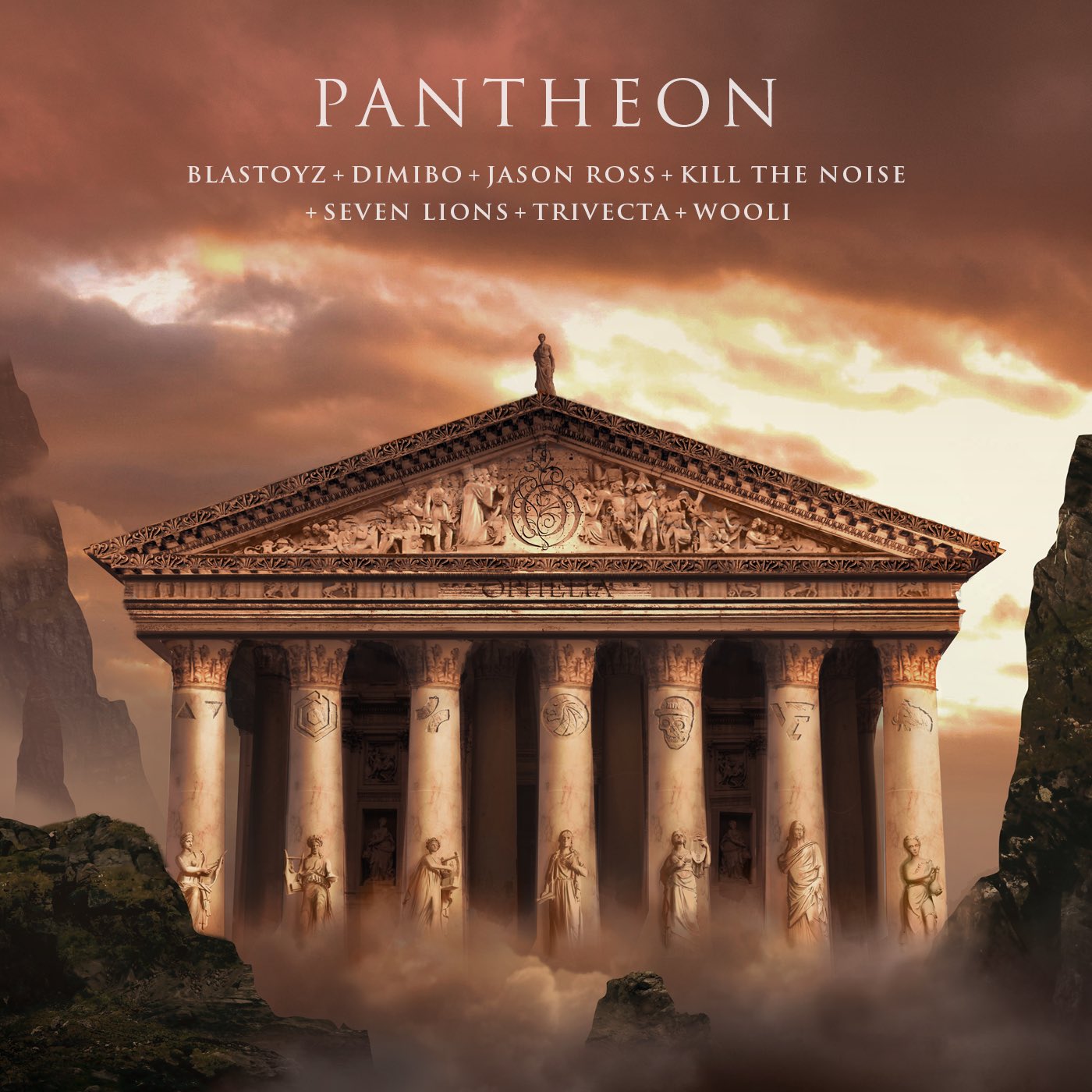