If you ever get the honor of speaking to James “Disco Donnie” Estopinal in person, you will experience how undoubtedly passionate he is for creating epic and memorable live events. Clearly, his passion has translated throughout his success as he has pioneered in this space for the last 26 years.

Since his company’s inception in 1994, Disco Donnie Presents has sold over 17 million tickets producing over 17,000 live events, arena shows, and outdoor festivals in over 100 markets around the world including the U.S., Mexico, Canada, and Panama.

In 2020, Disco Donnie announced he re-acquired sole ownership of DDP. This historic acquisition concluded an epic eight-year journey through being the first company acquired by SFX, surviving SFX’s subsequent bankruptcy, becoming a part of LiveStyle, and finally buying his company back.

Since the return of live shows, DDP has implemented novel COVID-19 protocols for their festivals including COVID-sniffing dogs and event specific smartphone health screening mobile applications. Creating safe and immensely fun environments has no doubt been a challenge, but DDP has gone above and beyond in accomplishing just that.

Whether it is through initiatives encouraging people to register to vote, expanding into new markets like Seattle, and, most recently, pledging to honor first responders, veterans, and gold-star families with $1,000,000 ticket donation throughout 2022, Donnie’s passion for creating iconic events while also focusing on leaving a lasting legacy and positive impact in the world is obvious and incredibly inspiring.

I had the great opportunity to speak with Donnie to get a behind-the-scenes look at his unstoppable drive in creating these meaningful experiences. Enjoy this exclusive interview with Disco Donnie!

I want to re-wind real quick to the start of this pandemic and you make the announcement that not only are you are buying back your company, but you’re going fully independent. That’s a decision that takes a lot of courage. Can you walk us through what your process was like reaching this decision and then going through with it?

Luckily the conversation was already in process, which is why it was able to happen so fast. I saw that agencies were firing agents almost over the weekend as soon as things started shutting down. I could see the writing on the wall for people that had worked for me for 15-20 years. I had tweeted at one point that everyone would get a refund to a specific event and was reprimanded for that. I had no choice: either I would take back control of the company and be able to make those decisions, or I would let someone else make them for me.

Me buying back my company was a real head scratcher for everyone, but it was something I had to do.

It was really fascinating to see your passion behind your voting initiative last year. Can you tell us a little more about your R.A.V.E. (Register And Vote Everywhere) initiative?

We’ve been engaged in the last two elections cycles (2016 & 2020) in trying to get people to register to vote. We know we have a platform and a voice. I’m under the mindset of not trying to influence anyone how to vote because I have a 20 year old and if I tell him what to do, he’s going to do the exact opposite!

I’m trying to push people to get involved, to register, and to be engaged in that way. I try to keep it really non-political. I think voting is important and we’re going to be continuing this initiative for every election cycle as long as I’m around.

What prompted Disco Donnie’s expansion into Seattle? How has response been thus far?

I had actually done shows with USC Events in the early 2000’s. At the time, I was doing nation-wide tours, bringing artists like Paul Oakenfold and Tiesto. I also helped produce the original Beyond Wonderland at WAMU, the one that nobody talks about (laughs). We were doing Freak Night, Lucky and all the USC events that were going on. Eventually our partner at USC wanted to change the terms of our partnership, so I ended up pulling out of Seattle.

The Higher Ground show coming back was great. The venue was great, the artists loved it. It’s unfortunate because I never wanted to leave Seattle so when I had the opportunity to go back, I made sure we could do something big on the way back in!

News just came out last week about your amazing initiative to donate $1 million towards first responders, veterans, and gold-star families. Can you share more about this?

We have a large community of veterans and first responders that attend our events. Usually, promoters will unload tickets to them to fill seats for shows that aren’t doing well, which is still admirable and a great cause. I was like, well, why don’t we give them tickets to shows that are selling well, too? That’s where the idea came from. I wanted to honor everything they have endured and done for us over the past couple of years.

My little cousin (PFC Jason Hill Estopinal) actually died in Afghanistan in 2010 and I had been wanting to do something big like this for a while. After seeing everything happening over in Afghanistan this year, it brought it back to my attention that now was the time for this initiative to both honor him, and honor our first responders, veterans, and gold-star families.

I think it’s important and I’m asking all other promoters to do something similar. These are people that keep us safe and we need to recognize that.

How do you see your company progressing in 2022 as opposed to 2021? Are there things that you’ve learned/or new ideas to implement for next year?

2021 was a strange year. There were a lot of great unknowns. We were working the whole time but we were only to really start working in April. There are still a lot of unknowns for 2022, but we want to keep growing and doing new stuff that’s interesting to us. We want to continue to build out new brands, new partnerships and see where that takes us.

You’ve stepped into another new space, offering your first all-inclusive destination music festival, Ember Shores, with Illenium this December and then Paradise Blue with Excision next April. Is this something you plan to do more of in 2022?

Yeah, its definitely interesting to me and I’m learning as much as I can. I had one set up with Pretty Lights about 4-5 years ago but it was canceled due to a hurricane. I don’t see myself doing a lot of them, it is definitely a lot of work. But, who wouldn’t want to do a show on the beach in Mexico?

When I grew up, I didn’t know what I wanted to be but I knew I wanted to be on the beach! (laughs) I got my dream right there. If I can figure out the formula and do 4-5 of these a year, that would be great.

You’re undoubtedly a legend, a leader and pioneer in the live events industry. What do you hope your company inspires among fellow promoters and even artists in the space during these times?

Well I think legend is a little much…legend means old! (laughs) I’ve worked with a lot of different people and talked with a lot of promoters, artists, managers, agents throughout the years. I’ve always tried to keep a positive attitude, encouraging them that if they keep fighting, work really hard, get a little lucky, and not give up, they can succeed too. Hopefully, I’m showing people that someone like me can be successful in this industry.

When I started I didn’t know anything and people weren’t teaching me, so I had to learn it all myself. It’s a long lesson and I’m still learning everyday. I just hope people take away from this is that it’s a good story, there’s been so many ups and downs, but here we are today, still doing shows, and making people happy. I’m happy doing what I’m doing and I’m going to keep doing it until people tell me to stop. 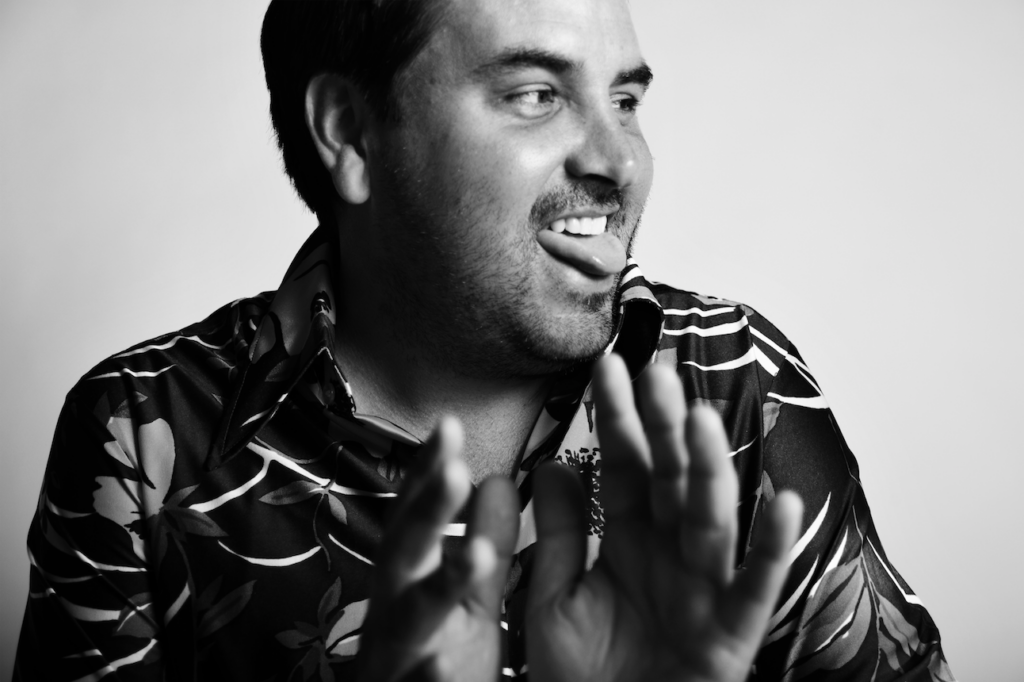 Find A Disco Donnie Event Near You!

Armin van Buuren’s globally syndicated A State Of Trance radio show hit 1000 episodes in 2021 — and the celebration continues with a brand new, collab-focused album, A State of Trance FOREVER.

Armin shares of his ASOT journey:

I started A State Of Trance to share the music I love with people from all over the world, and I’m so proud that it turned into a full-blown community for everyone who loves Trance music. A State Of Trance has not only allowed me to stay in touch with my fans and share my own music, but also to spotlight the established and up-and-coming artists I admire.

He also speaks on the FOREVER project:

For ASOT 1000, I wanted to do something special. So I decided to do a collaboration album with some of my favorite artists and sat down with them to create trance tracks that will last the fans at least another thousand episodes. We have put a lot of love in these records and hope you will have a blast listening to them, especially since there will be more albums to come in the ‘A State Of Trance FOREVER’ series.

Listen below and stay updated with all ASOT happenings here.

International recording artist Sir Ivan, aka Peaceman has come up with a MegaMix competition to help out-of-work, up-and-coming DJs that are being negatively impacted by the coronavirus (COVID-19) pandemic.

Sir Ivan will personally be making a $10,000 contribution to this cause in the form of a $5,000 donation to Insomniac‘s Rave Recovery fund and an additional $5,000 in cash prizes to the top five winners of the competition ($1,000 each).

On board with this project are an esteemed A-list DJ panel of judges, which is quite an epic line-up of some of the world’s finest dance music talents: Paul Oakenfold, Bassjackers, DJs From Mars, Tenishia, and Exodus.

The competition is extended to DJs all over the globe and there’s still time to submit before the June 22nd deadline.

Last month, electronic music set the records for longest non-stop DJ marathon and most DJs in a single set. Now, another attempt will be made to break the record again for world’s largest DJ stream with 6000+ DJs.

Set For Love is the vision of LNADJ’s Ambassador, Nightmares on Wax. The concept is to use the power of music to raise much needed funds for the projects that Last Night A DJ Saved My Life supports in developing countries. The 72-hour extravaganza will draw together an expected collective of thousands of DJs across the globe, an enthusiastic 6000+ have signed up already. The dance music marathon will see DJs simultaneously get in the mix from 12 am (GMT) on Friday 8th May until midnight (GMT) on Sunday 10th May.

Sets will overlap, allowing for all of the DJs who have signed up to get their turn and contribute to the amazing final total.